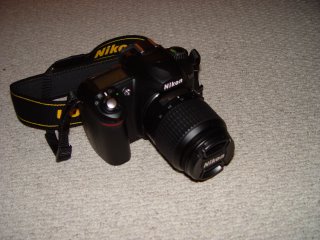 Well, I finally succumbed to my desire for a digital SLR camera. I just bought a new Nikon D50. The camera I was previously using is a Sony DSC-F707. It has worked very well for the past 3 and a half years, and I like the quality of the pictures, but having only a single fixed lens did limit the types of pictures I was able to take. When I first bought the Sony camera, I had been interested in a digital SLR, but back then one would have cost a couple thousand dollars. I enjoy taking pictures, but not enough to justify a several thousand dollar expense. Now the prices have come down quite a bit and the cameras themselves have also improved. In fact, the Nikon D50 cost less than what I paid for the Sony camera back in 2002.

And if there's any doubt about the quality of the pictures I can take with my new Nikon, check out this fine example. (Hmmmm.... where's the button for "take a good picture"?) 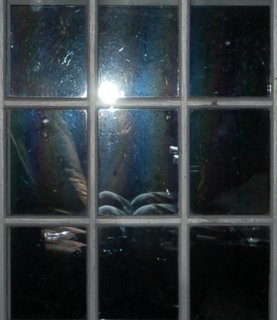