I have no idea what these plants are, but they reminded me of ghosts. They're kind of translucent and lack any sort of color. Perhaps they're mushrooms? 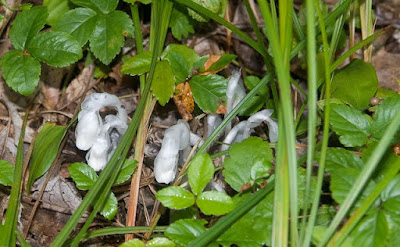 A friend pointed them out to me while we were hunting for blackberries in the Douglas State Forest. 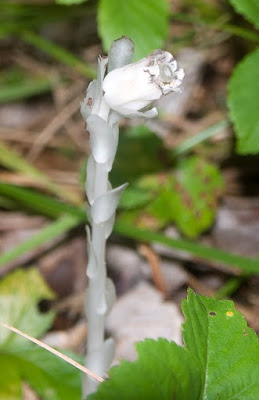 From this last close-up, it does appear the plant has a tiny bit of color. There's a bit of yellow inside the "flower" shaped part of the plant. 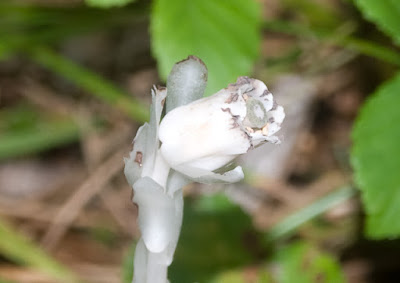 UPDATE: I wasn't too far off calling it a ghost plant. That's actually one of the names it goes by. It's officially called Monotropa Uniflora, also known as Indian Pipes or Ghost Plant. If you follow the previous link (click on the Latin name), you can read a bit more about the plant. The interesting thing is the plant has no chlorophyll, so it has to get its energy by being a parasite of sorts (like a mushroom).
Labels: photographs
Newer Post Older Post Home